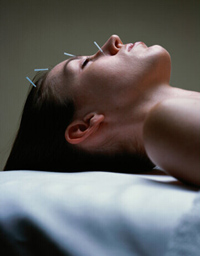 Acupuncture has been effectively used for the treatment of back pain, headache, migraine, and sports injuries. However, acupuncture provides more than pain relief. It is helpful in treating anxiety, insomnia, digestive problems, menstrual problems, weight control, infertility and much more.

Although acupuncture has become widely accepted and available in North America in the last 40 years, it had already been endorsed a century earlier by the renowned Canadian physician, Sir William Osler , widely referred to as the “Father of Modern Medicine”:

“For lumbago [low back pain], acupuncture is the most efficient treatment”
—— Sir William Osler

(for some conditions, it is recommended to combine the treatment with other Kampo /TCM techniques or CAM modalities such as Chinese herbal medicine or therapeutic massage).

Potential physiological effects and health benefits of acupuncture include

All these therapeutic effects can lead to relaxation, pain reduction, reduced muscle fatigue recovery time, improved mood and concentration, restful sleep, decreased IBS related symptoms such as bloating and constipation, and shortened duration of cold or flu.  As well, acupuncture has been known to lighten depression and anxiety in those who suffer from premenstrual syndrome (PMS); it can also ease overactive bladder symptoms.  Studies have also shown that acupuncture can be effective in correcting breech presentation and can help induce labor.

Acupuncture has been increasingly used in conjunction with modern medical treatments. For example, acupuncture has been widely used for patients who undergo in-vitro fertilization procedure (IVF).  It has also been shown to be effective in controlling postoperative nausea and vomiting, and it has been used to decrease anxiety before surgery. Furthermore, the US military has been incorporating a specific acupuncture style, called Battlefield Acupuncture, to help alleviate soldiers’pains due to their injuries.

“The expanded use of acupuncture on the battlefield is being met with enthusiasm from physicians and patients because it works. Acupuncture may be used as a primary modality or as an adjunct to Western medicine. In either case, it is changing the face of military medicine as a force multiplier”.

In recent years, acupuncture has been widely used for aesthetics and anti-aging. Popularly used claims include reduced wrinkles, firmer skin, and enhanced complexion.

Finally, acupuncture has been used not only for treatment of particular diseases or symptoms, but also for prevention of disease and general well-being. In a country such as Japan, it has been traditionally believed that it is best to treat “patients” in the pre-disease state (referred to as mibyo in Japanese). The moxibustion therapy in particular, has been used as a common folk remedy, in which people used moxa as self treatment methods in their home. Moxibustion on ST 36 acupuncture point has been known as yojo no kyu (moxibustion for life nurturing).