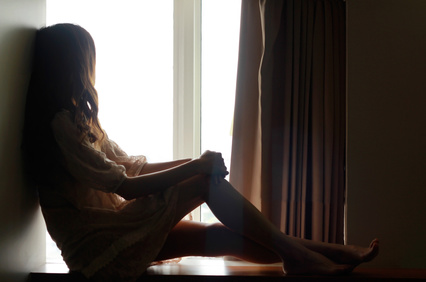 Depression is one of the most common mood disorders affecting roughly 20% of the population at some point during their lives. The many different types of depression include: major depression, dysthymia, and bipolar disorder. Contrary to what many believe, people living with depression cannot simply “snap out of it” and recover. Without the proper treatment, symptoms can persist for months, even years.

Symptoms of depression include:

It is important to note that in order for a person to be diagnosed with depression, the symptoms can not be the result of another physical or mood condition, or due to medication, alcohol, street drugs, or normal bereavement. The symptoms must also persist for at least two weeks.

It is well-known that when someone is experiencing depression, there are chemical imbalances in the brain at work. Irregular levels of the neurotransmitter serotonin, for example, are believed to be involved in bipolar disorders. There are a number of reasons why someone might develop depression, or the chemical changes that lead to depression. Factors such as heredity, stress, low self-esteem, medical illnesses and hormonal changes can each lead to, or aggravate, a depressive illness. Situational factors like serious loss or financial difficulties can also trigger depressive episodes. It is most likely, however, that genetic, psychological and environmental factors combine to produce depression.

Another common mood disorder is anxiety. Everybody understands what it is like to feel anxious. Preparing for a job interview, meeting new people and speaking in public are just a few events that might lead someone to experience “butterflies” in the stomach. Anxiety can be a positive reaction and help prepare individuals for situations that are uncertain.

But there are many instances when anxiety is not warranted and this normally positive emotion interferes with daily activities. Millions of people across North America suffer from anxiety disorders such as panic attacks, post-traumatic stress disorder, obsessive-compulsive disorder, phobias and generalized anxiety disorder.

Some of the symptoms of anxiety include:

Many patients are suffering from a combination of anxiety and depression. This condition can be considered to be related to disruption of circadian rhythm, the cyclic variation of physiological rhythm occurring in an approximately 24 hour period. In a healthy ideal state, our bodies are dominated by the sympathetic branch (responsible for activity and alertness etc.) of autonomic nervous system in the day and dominated by the parasympathetic branch (responsible for internal organic function and rest) in the night. In some people, this normal day/night rhythmic alteration of the autonomic nervous system is disrupted. They are tired, depressed, and have difficulty focusing in the daytime due to a lack of sympathetic activation upon waking. On the other hand, in the night time, they feel anxious, alert, and energized due to the failure of their sympathetic system to shut down and a lack of parasympathetic activation.

One or a combination of the following approaches are used to help restore the proper circadian rhythm: