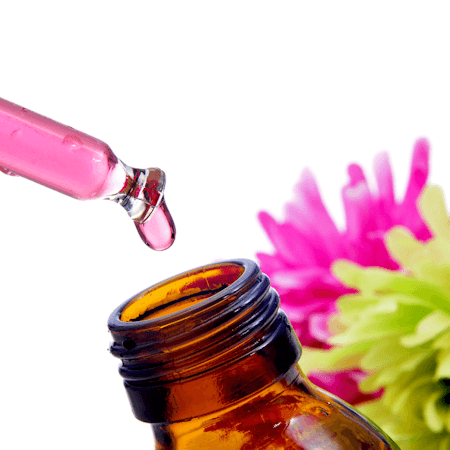 Whether you have a chronic disease or a sudden illness, you want to feel well as soon as possible. But how do you know what type of treatment is best?

In addition to conventional medicine, naturopathic medicine has been gaining in popularity over the last few decades. Before deciding what method of treatment is best for you, it’s helpful to learn more about the differences.

What is Naturopathic Medicine?

Naturopathic medicine is a form of patient care that involves not just treating a medical condition, but improving overall wellness. Many of the treatments have been around for centuries. Some naturopathic therapies have been well researched and published in peer-reviewed journals.

In addition to principles of traditional healing, naturopathic medicine also relies on aspects of western medicine and modern science. For example, naturopathic doctors may order certain conventional tests, such as x-rays or blood tests to make an accurate diagnosis.

There are six main principles involved in naturopathic medicine including using the body’s own natural healing abilities, doing no harm, treating the cause of disease, prevention and the doctor as the teacher.

The principles are incorporated into how care is provided. For instance, naturopathic doctors use therapies that promote the body’s healing capabilities and improve health. They also focus on therapies that minimize side effects and pose no additional harm to the patient.

Treatment methods vary based on the condition and individual needs of the patient, but they may include herbs, vitamins and other supplements. Nutritional counseling to promote optimal health may also be recommended.

What is Conventional Medicine?

Conventional medicine is a system of medical care that includes diagnosing and treating diseases with traditional methods, such as surgery, drugs and radiation. Various diagnostic procedures are often used in conventional medicine, such as CT scans, ultrasounds and lab work.

In emergency situations, conventional medicine is often necessary. For example, if someone has a heart attack, traditional treatments, such as medications and procedures to unblock arteries may be recommended.

Although conventional medicine can be lifesaving, it does have some pitfalls. For example, medications are often used to treat symptoms of certain conditions. But the drugs can lead to side effects, which means more symptoms to treat.

How Naturopathic Medicine is Unique

Treating the root of the problem:

Naturopathic practitioners try to treat the underlying cause of an illness, so that the body can work towards healing itself. Although medical doctors also try to get to the bottom of an illness, they may spend a large amount of time treating symptoms.

Prevention is the best medicine:

Preventing illness and maintaining proper balance in the body is often a part of naturopathic medicine. Techniques to improve health tend to focus more on natural methods including lifestyle changes, supplements and diet.

The doctor is the teacher:

A core principle in naturopathic medicine is that the patient is the one who accomplishes healing. The doctor is responsible for guiding and providing information, but the patient is encouraged to take responsibility for their own health.

Traditional naturopaths focus on promoting wellness and apply natural approaches to preventing disease and improving overall health. They do not usually diagnose and treat specific diseases in a traditional sense. The goal is often to restore balance to the body.

Examples of traditional naturopathic medicine may include teaching the benefits of healthy lifestyle choices and utilizing mind-body therapies to assist with stress relief. Traditional practitioners may also provide information on homeopathic remedies and herbs.

Modern naturopathic doctors still believe in the body’s ability to heal, but incorporate methods and practices from conventional medicine. For example, they may diagnose and treat specific conditions and perform invasive procedures. They may also specialize in an area of medicine, such as gynecology or rheumatology.

Naturopathic doctors can treat a wide range of problems including allergies, arthritis and irritable bowel syndrome. fatigue, pain, headaches and many more conditions can also be treated with naturopathic medicine.

Although it can be effective in treating some conditions, naturopathic medicine does have some limitations. For example, emergency situations, such as excessive bleeding and respiratory emergencies require conventional treatment.